From Atlas
Jump to navigation Jump to search

Mathieu I (born Mathieu Nathan Odène de la Forteresse d’Odèneville, June 19, 1984) is the eleventh and current King of Odentia. He is the middle child of Auguste III; his older brother is Prince Victor III and his younger sister is Duchesse Renée du Val d'Odène. He ascended the throne on 21 August 2015, Odentia's 272nd Federation Day, following his father's abdication due to old age.

Mathieu was born in the infirmary of the Forteresse d'Odèneville. He was born during his father's reign as King of Odentia and spent most of his life as Duke of Val d'Odène; his brother, Victor, was Crown Prince of Odentia during that time. He attended public school in Val d'Odène, and received degrees in economics and political science from Mont Chagrin Academy in Defense, Acronius and received masters' in the same subjects from the Royal Institute for the Arts and Sciences in Odèneville. He minored in Elysian history. He served in the Armée Royale d'Odentia for four years before being named Deputy Foreign Minister for Acronius-Brytene-Castarcian Defense Entente and a member of the Conseil du Roi for Val d'Odène. In 2013, he married Audrey Moncrieff, Viscountess of Teriot, an Acronian national.

In 2014, his father announced his upcoming abdication due to his advanced age. However, he also announced that Mathieu, rather than his older brother Victor, would succeed him. The move was widely unanticipated and took many by surprise. Upon his accession, Mathieu allowed his brother to retain his regnal name. 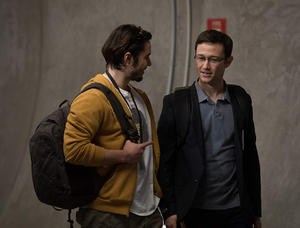 Mathieu I, then a student at Mont Chagrin Academy, 2004

From his birth until his designation as Crown Prince of Odentia, he held the titles of Duke of Val d'Odène and Lord of Odèneville. He was baptized into the Odentian Church of Christ on December 21, 1984. His godparents are Alexandre Gerry, Mayor of Madesclaire, Gerard Constantin, former Prime Minister of Odentia, and King Alexander V of Acronius.

Mathieu attended the Royal Academy of Val d'Odène for a few months before transferring to Auguste I Elementary School in Val d'Odène, where he spent the rest of first through sixth grades. He completed his secondary schooling at Lycée du Val d'Odène, a comprehensive and highly competitive public academy. He received his Royal Diploma, an honors diploma for academic superiority awarded by certain royally-accredited schools, at the Lycée.

In 2001, Mathieu matriculated at the prestigious Mont Chagrin Academy in Defense, Acronius. He pursued a dual major in economics and political science, with an additional minor in Elysian history with a focus on modern Odentia. His final theses were on the effects of the mandatory charity system and the resulting shortfalls in social funding, and on the effects of the Second Atlassian Great War on the Odentian monarchial system. During his junior year at the Academy, he attended the prestigious Mascarade with Acronian noble Audrey Moncrieff, Viscountess of Teriot. Notably, under the rules of La Mascarade, he was forced to engage in physical combat with Jacques Morgan, the son of Valdian scientist Arthur Morgan, for Moncrieff's hand at the ball. Mathieu later called his victory "nothing more than a stroke of luck".

After he received his baccalaureates in economics and political science in 2005, he returned to Val d'Odène to pursue further education. He received his Master's degrees in economics and political science in 2008. His final theses were on the historical economics of Barrè-Karrigan and the interactions between La Conseil du Roi and historical Kings of Odentia, respectively.

Immediately after he completed his degree, Mathieu entered the Odentian Armed Forces, as is custom for Odentian royals. He was appointed an officers' commission at the rate of second lieutenant in the Headquarters Company, 2nd Combined Arms Brigade. His duties included what he described as "directing 25 men in administrative work".

Upon his discharge from the Odentian military, Mathieu was appointed by his father to the foreign ministry, serving as Deputy Foreign Minister to the Acronius-Brytene-Castarcian Defense Entente. In this capacity, he oversaw Odentian relations with the Acronius-Brytene-Castarcian Defense Entente. In 2012, he successfully campaigned for a seat on La Conseil du Roi for the Kingdom of Val d'Odène, replacing the retiring Gerard Constantin. As a member of La Conseil, he successfully lobbied for an expansion of the mandatory charity system to address social inequity; as a result of his work, the mandatory charity system now funds public libraries. 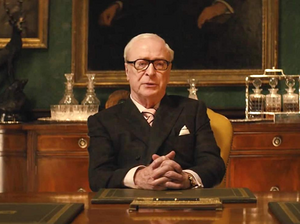 On August 21, 2014, reigning king Auguste II announced his intention to abdicate the throne in light of his advanced age. However, instead of officially appointing his eldest son, Crown Prince Victor III, to be his successor, he instead announced that his second child, Mathieu, was to ascend the throne. The failure of a sitting crown prince to ascend the throne was a major breach in successive protocol. It was the first time that an Odentian heir apparent had been displaced. The move to displace Victor was largely seen as a rebuke of his opulent and lavish lifestyle. Victor had been implicated in numerous controversies, often involving intoxication, that culminated in his other-than-honorable discharge from the Odentian armed forces, the first for an Odentian noble. As a result of Auguste's proclamation, Victor lost his status as Crown Prince. For a time, it was unclear whether Victor could still be considered a member of the peerage, as his removal from the line of succession meant that the titles traditionally awarded to the second-in-line to the Odentian throne instead went to his sister Renèe.

Mathieu was formally coronated Mathieu I on August 21, 2015. His coronation speech made no mention of his brother; however, in his first proclamation as king a few hours later, he permitted Victor to keep his regnal name Victor III and awarded him the long-vacant title of Duke of the Château des Madesclaire. The proclamation also announced that Victor would "continue his lifelong mission of promoting the Odentian culture to the elite across the world". Victor has since attended many lavish galas and events; when asked about this, Mathieu said only that his brother was "representing Odentia in high society". The description was controversial given the already elitist image of Odentian royalty, with critics claiming that the image that Victor projected was not one that portrayed Odentia well.

His reign has so far brought several expansions to the mandatory charity system, a move which has drawn criticism from some officials and economists as jeopardizing the tax haven status that Odentia currently enjoys. He has also instituted a nationwide 3% sales tax to finance healthcare. He also oversaw the negotiation of free trade agreements with numerous countries, and the admission of Odentia to ABCDE as an observer.

One of Mathieu's foremost domestic policies is the beautification of Odentia; to that end, he has dedicated significant funds to the expansion of public parks and historical districts in large Odentian cities. He also expanded funding for the Corps Royal des Parks. 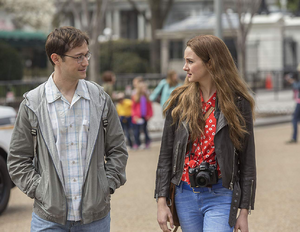 King Mathieu I and Queen Audrey I in Corino City, 2017

Mathieu is an avid chess player. His Elo rating is rumored to be approximately 2350, which would make him a chess master. He was a member of various chess clubs throughout his academic career, and participated in a few small chess tournaments in Acronius and Odentia. He also plays the viola and cornet, having been featured in the Mont Chagrin Academy Philharmonic Ensemble on both instruments during his time at the school, and has some proficiency at the trombone.

He speaks French natively, and speaks German and English with no discernible accent. He also speaks fluent Russian, and is proficient in Spanish.

On June 15, 2013, Mathieu married Audrey Moncrieff, Viscountess of Teriot, an Acronian noble of the prestigious Moncrieff family. The two met in sophomore year international law class at Mont Chagrin Academy. In 2004, Mathieu took Audrey to the prestigious La Mascarade, a centuries-old ball held yearly at the academy for the children of royals, world leaders, and leading scholars. However, under the rules of La Mascarade, if an attendee is courted by more than one suitor, the suitors must duel for the hand of the attendee. In this particular case, Audrey was courted by both Mathieu and Jacques Morgan, the son of Arthur Morgan, a prominent Valdian scientist. Mathieu bested Jacques in three trials: chess, fencing, and a scavenger hunt to find Audrey in hiding; he later admitted that he and Audrey had conspired beforehand as to where she would be.

The pair became engaged in 2011, and married on the Pont des Augustins during a public ceremony on June 15, 2013. Customarily, three days of celebration followed during which Audrey was formally welcomed into the Odentian royal court.

Upon Mathieu's accession to the throne, Audrey became Queen Consort Audrey I of Odentia.

Retrieved from "https://atlas.miraheze.org/w/index.php?title=Mathieu_I&oldid=5923"
Categories:
Cookies help us deliver our services. By using our services, you agree to our use of cookies.